Context of Holding This Contest

We are engaged in services deeply related to the environment including ISO 14001 assessments and the verification of GHG emissions. In this context, we have been holding this contest since 1999, with the aim of serving as a trigger to encourage the children of the world who are responsible for the future to think about the global environment. We hope the contest will provide an opportunity for children around the world to think about the global environment, draw inspiration from rich nature, and bring out their full potential.

This contest received the "Environment Minister's Award for Global Warming Prevention Activity" sponsored by the Ministry of the Environment, Government of Japan, in 2016, which greatly encouraged us to continue the contest.

How The Works are Delivered

The submitted works come not only from elementary schools and junior high schools in Japan but also from all over the world. So far, they have been delivered from more than 100 countries through UNICEF, Embassies, JICA (Japan International Cooperation Agency), and IQNet (the International Certification Network). Since many of the children in developing countries especially are drawing a picture for the first time, we also receive many comments of gratitude that the contest is a great opportunity for children to think about the global environment through learning. 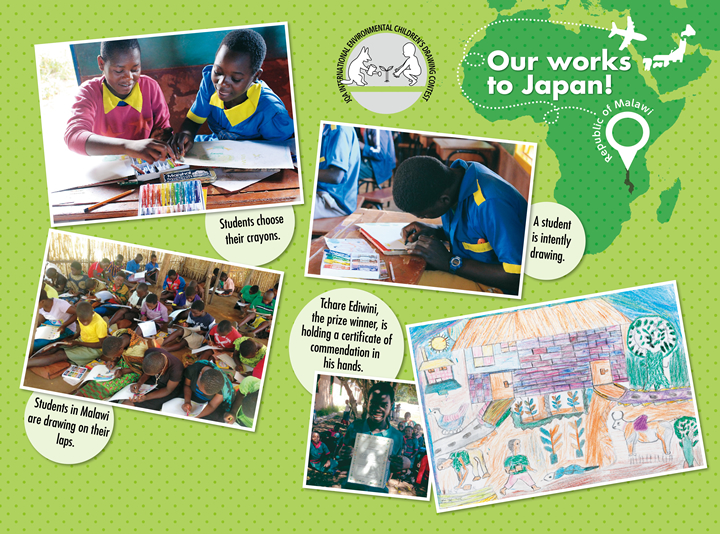 Crayons and drawing paper are provided by JQA to encourage participation. 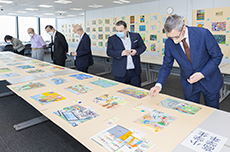 Please refer to the following regarding details of the application.

About The Chairman of The Judging Committee

Mr. Koji Kinutani, a Japanese painter, has been serving as Chairman of the Judging Committee since the first contest.

Born in Nara, Japan in 1943. Graduated from the Oil Painting Course in the Department of Painting at Tokyo University of the Arts in 1966, and completed a post graduate course at the university in 1968. In 1971, after graduating from university, went to Italy on overseas study program and engaged in research of classical fresco techniques in Venice. In 1974, became the youngest winner of the Yasui Prize, one of the most prestigious awards of Art in Japan, and was expected to become a rising Western-style painter. After studying in Mexico, became Professor of Tokyo University of the Arts in 1993, to bring up the next generation. In 2000, became a member of the Japan Art Academy. In 2010, became Emeritus Professor of Tokyo University of the Arts. His numerous major works include the official poster for the Olympic Winter Games in Nagano.

Message from Mr. Kinutani, The Chairman of The Judging Committee

I always look forward to this opportunity to judge the entries for this annual contest. It is because I get to look at works of art that I would otherwise never have the chance to see. All drawings are produced with what comes from the heart of the children.
We as the judges use our intuition to select from our heart. My mentor Ryohei Koiso taught me that "it is important to choose drawings not based on the skill level but based on whether you like it or not; and to draw what you like." (The rest is omitted.)

We have posted the winning works and the overall judgements from the latest contest.

Holding of The Exhibition

The works with messages from the children are exhibited at art museums all across Japan. We sincerely hope that this will urge further efforts to hand over this beautiful earth to the future. 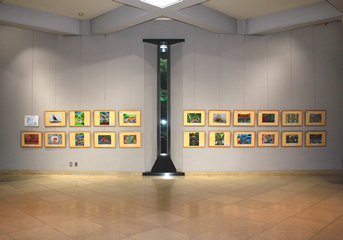